Every adult needs to learn to swim.

Learning to swim as an adult and why it's worthwhile 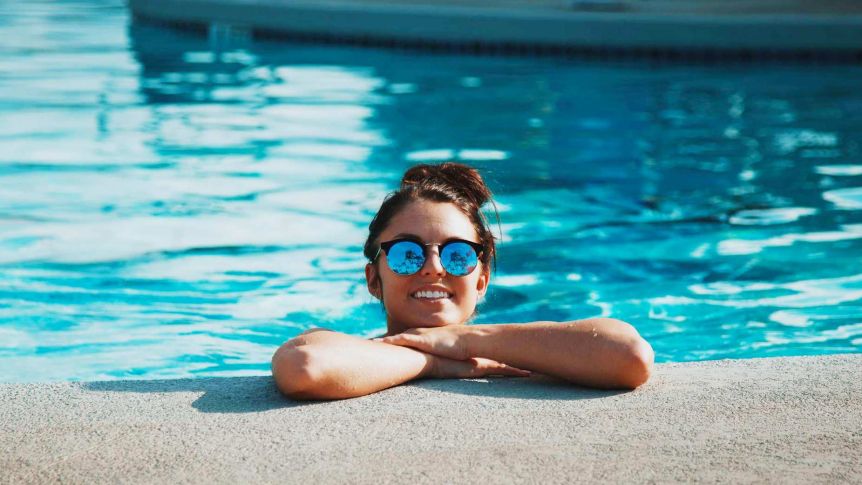 
It's a classic Australian scene — a child building a sandcastle on the beach or splashing around an above-ground backyard pool in a pair of knickers and orange floaties.

But not everybody has these memories in their family album.

For many adults, just being near a body of water causes negative feelings, ranging from discomfort to paralysing fear, simply because they never learnt to swim.

Migrating from a country where swimming isn't a priority, a lack of access to a pool or physical disability are just some of the reasons people reach adulthood without swimming skills.

It can impact quality of life, and for parents and grandparents, means not being able to safely supervise children in the water.

The good news is it's never too late to learn. And taking the plunge into swimming lessons later in life brings all kind of benefits.

When Lauren Roberts moved to Perth from her UK home in Liverpool seven years ago, being unable to swim held her back from enjoying Australian life.

"In school we used to go to the swimming baths once every two weeks. I was a bit of rebel when I was younger and just refused to get in the water."

In Perth, she had unofficial swimming lessons with a friend in a backyard pool, but says she never felt safe.

Lauren was finally pushed to take proper classes when planning a holiday to Asia, where she wanted to travel on a boat and kayak.

"I was very nervous at my first lesson. I remember doing a Snapchat post of the pool with a little avatar of me crying."

But at her classes, Lauren found support. The three other people in her lesson had also immigrated to Australia.

Lauren completed 12 sessions before having to return home for a family death, which stopped her progress in its tracks.

But it was enough to give her the confidence to swim in the ocean on her holiday, and plan future water-based adventures.

"I was actually swimming. I wouldn't say I was a strong swimmer, but I was floating and I was moving," she says.

"I've definitely got more confidence now. We're going to see the glow worm caves in New Zealand and you need to jump through a waterfall and be in the water for three hours.

"If I hadn't had lessons I wouldn't have booked that, and I would have been upset with myself to miss out on this amazing adventure."

Where to start when learning to swim

To learn to swim, contact your local swim school or pool and find out if they do adult lessons, says SWIM Schools Australia chief executive Gary Toner.

"If your needs include cultural restrictions, make sure they can cater to your needs," he says.

Make sure the costs suit your budget and the classes fit your schedule. Often, adult classes take place outside of peak times.

Mr Toner says costs range from $15 to $25, depending on if they are private or group lessons, and indoor or outdoor.

"Often city prices are a little higher than regional prices," he says.

Private lessons are ideal for those with a deep fear of the water, because the instructor can pace the class to your needs.

But Mr Toner says it's good to later join group lessons, because of the social interaction and ability to learn from and support others.

"Adults are very fast visual learners in that environment."

Masters Swimming Australia president Gerry Tucker adds it's important to find a teacher you have good trust and rapport with.

It's normal to feel nervous

"There's a whole cross-section of feelings and emotions that come with learning to swim," Mr Toner says, adding it is common for adults to feel scared or embarrassed.

Just the idea of walking around a pool in swimmers can be confronting for many, let alone putting their head under water for the first time.

"Then you have some people [who find it] a whole new life experience," Mr Toner says.

"They are embracing it. They want to enjoy the lifestyle and be around water. They are full of energy and excitement."

Jo Hickman moved to Brisbane from the UK in 2012.

The 34-year-old knew how to swim, but not properly, and a fright in the ocean at Byron Bay motived her to take lessons.

"I got stuck in a rip and it scared the crap out of me," she says.

"I also started run training and ended up with a stress fracture in my tibia, so I figured swimming was the next best thing for fitness."

Jo says she was nervous at first, but quickly felt comfortable.

The people in her group were facing the same issues, and others at the pool were focused on their own training.

"Once you're in the pool, no-one can see you, no-one is looking at you."

What to expect from your adult swimming lessons

Swimming progress is dependent on your existing ability, fitness level and if you have a disability, Mr Toner says.

Attending weekly lessons at a minimum will keep you progressing.

But most of all, you'll gain confidence, a better lifestyle and social connections.

Gerry Tucker says swimming has bettered his life "in so many ways".

"My primary friendship group is my swimming mates and it's looked after my health immensely.

"We have people at Masters that haven't swum for years, but are looking for that social outlet. It's an alternative to a paint class or men's shed."